Women are not the only victims of socialization
I read this article this morning and wanted to share my thoughts on this matter.http://www.salon.com/2013/08/30/study_men_secretly_feel_terrible_when_the_women_they_love_succeed/?utm_source=facebook&utm_medium=socialflow

I think men are not just hardwired to be caretakers, they are socialized too to be the head of households, head of families, leaders, “suck it up and don’t cry” strong for everyone else. Religion and society prepares the male to be in charge and responsible for the security and safety of the “weaker sex” and their families. This is especially true of men born before 1970 and in deeply religious families.

Survival of the Species:  The role of the male as the provider and protector is not a bad thing and was necessary for the survival of the human species. The conditioning is part of the animal instincts to survive. Males possess physical traits and develop skill sets, which by design, help them to provide food and shelter for their mate and families, but also to attract suitable mates for procreation of the species.  Their mates have innate skills needed to nurture and ensure the survival of the young. Women and men, anthropologically, ARE different and that is by design. Their traditional roles were set and conditioned for efficiency and ultimately survival.

As a religious person, I believe this was part of God’s plan to ensure the survival of our species and to secure stability in society through strong family values and accepted societal norms. But as is also God’s plan, all life evolves and our survival still depends on how we adapt and adjust to these changes. When the weaker sex demonstrates independence, self direction and responsibility for their own safety and security, it does present a dissonance which creates confusion, resentment, depression and lack of desire.

How do I know? I have observed this first hand in my own failed relationships with the male of our species.

Both women and men experience conflict, especially in modern society.  I can relate to the conflicted feelings and depression that some men experience.  As a woman socialized in this same environment (prior 1970), to allow men to be in charge of everything, including birth control, I experienced a cognitive dissonance as well.   I struggled with knowing that I must be submissive and accepting of the male dominated world, yet realizing that I honestly didn’t need another person to feel validated, confident and able to take care of myself.  I had to believe in myself and love myself.  I truly could be self sufficient, even if I was not entirely secure physically or financially.   I could truly do just about anything if I just found the strength within myself.   The male of that time too has also had to realize that he does not have to be responsible for fixing the entire world around him.  Both male and female have to reach a point of realizing the limitations of their own influence on the world around them and especially on other people.  “The only person we are truly responsible for and have any control over is our own self.”

Self actualization and reaching equilibrium with self and relationships:  I firmly believe that the journey of self actualization can and does, to some extent, drive the divorce rate in this country, especially for older couples with similar pre 1970 socialization.   Individuals enter into relationships with one set of socialized norms, yet grow away from each other through the process of actualization.

Actualizing as a couple: In my opinion, the couples who pray and work through this natural process and “actualize” both as individuals, but also as couples, tend to have strong and lasting relationships. This occurs when the original socialization evolves into one of greater equality and understood respect for the individual and the coupled relationship. 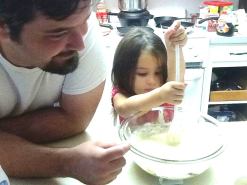 Young men of today seem to be more comfortable with stronger women and in fact seem attracted to intelligent, self assured females.  Perhaps the female and male role models in their families were more evolved and this allowed for the raising of self assured male and female children who desire greater equality between the sexes?

How many women of my generation have raised sons who are indeed “feminists?”

This is just the perception of a divorced “Sciencegranny.”  It’s an opinion based on a lifetime of experience.  I hope it helps put some of this in perspective.

Devotionals on Writings Received from the Celestial: A COURSE IN MIRACLES, A COURSE OF LOVE, THE WAY OF MASTERY, CHOOSE ONLY LOVE, and THE WAY OF THE MARYS . . .with Celia Hales

NWACC Daily Announcements
Grace for the road
30 stories in June